UNESCO stands for United Nations Educational, Scientific and Cultural Organization. Their work is of indisputable importance, since it comes with great responsibility. They evaluate sites worldwide and they identify those that mean a lot to humanity. As a result, they deem the sites valuable and require protection. International treaties ensure that UNESCO World Heritage Sites are left immaculate and that the governments do everything within their powers to preserve their uniqueness. As you can imagine, there are various UNESCO World Heritage Sites in Greece.

A place filled with history and culture, a country that had given birth to the concepts of Democracy and Philosophy (amongst others), could not be the exception. There are places worthy of protection. Notable places where the past is brought to life. In particular, in Greece you will find 18 properties inscribed in the World Heritage List. Some of them are world renowned and rank among the most recognizable landmarks. Others are less known, but equally grandiose. All of them highlight the glorious past and set the bar really high. Greek History is revived through the pages of the books, as well as these sites. Architectural structures of the finest value and natural surroundings matching no other.

Below you can see all the listed UNESCO World Heritage Sites in Greece. They are 18 in total. 16 of them have been listed based on cultural criteria. The remaining two have been evaluated as such sites due to cultural and natural criteria. Greek Antiquity is closely interwined with the architectural structure of Acropolis. The cradle of Democracy and the symbol of the Golden Age of Pericles in Athens. It is a monumental complex still left in an excellent state. Nowadays, people from all over the world flock the ancient rock to admire the Parthenon, the Erechtheion, the Propylaia and the temple of Athena Nike. Plus, the view from the top is simply breathtaking.
Even if you are in Athens for a day, you should visit the Acropolis. It is an experience that surpasses everything else. History enthusiasts find harmonious balance in the design and beauty all around. For kids and adults alike, this is an experience not to be missed. A experience that brings you closer to the ancient world. The Kingdom of Macedonia has been impressive. Vergine has been the center of this outstanding place, having given birth to Alexander the Great. Of course, the glorious past of Macedonia was not all because of this prominent King. His father Philip II was also a great man and so were his ancestors. Vergina Sun or else known as Vergina star is one of the most famous symbols worldwide. If you wish to see from up close where Alexander the Great thrived, Northern Greece and this UNESCO World Heritage Site await!

The Archaeological Site of Philippi combines something unique. Not only does it represent a great civilization that had developed in Northern Greece. It also boasts being a place where early Christianity flourished. Both these antitheses are found on site. There are also Roman influences, making Philippi be called “small Rome”. You can still see the walls and the gates, the theater and the temple. Ancient Greece was directly linked with the presence of the Olympian Gods. Delphi was the most famous oracle in the country. In a place referred to as “the navel of the world”, the Greeks sought answers to their problems. This was the religious hub of the country, since all city-states asked for advice there. Even though nowadays its use is not the same, the site remains a true cutural gem. Rhodes is a beautiful island of Dodecanese. The Palace of the Grand Masters, the Great Hospital and the Street of the Knights are all elements that define the Old Town of the island, with its distinct Medieval style. The island was influenced by the Gothic principles of the Turkish and Latin rulers, maintaining at the same time its charms. The Medieval City of Rhodes is definitely one of the finest examples of immaculate architecture and fully functional design. A place where time stands still. In Peloponnese, travelers are in for a unique experience. The wonder of the Morea is none other than a whole town structured within a fortress. Its beauty is remarkable and literally everythinghas been left intact. Throughout the years, decades and centuries, tradition was respected 100% in this place. The buildings have been designed in line with natural surroundings and the town is amphitheatrical. The site is exceptionally preserved and rightfully ranks among UNESCO World Heritage Sites in Greece. When thinking of the Olympic Games, everybody thinks of their home. Olympia is a place where the Greeks worshiped Zeus. And every four years, athletes from all city-states headed to Olympia. It was a sacred athletic event. In fact, even warfare stopped during the Olympic Games. Nowadays, the Olympic Flame is lit there. Then, it starts its journey to the hosting country of the Games. Olympia is another site located in Peloponnese.

Archaeological Sites of Mycenae and Tiryns (1999) The Mycenaean civilization has been one of the most prominent ones in the entire country and the then known world. King Agamemnon, Homer with its epic poems about the Trojan war and so many heroes have turned Mycenae into a truly powerful city. On site there are many historic monuments of great value, including the Royal Tombs and the Cyclopean Walls, the Treasury of Atreus and the Lion Gate. This small island within short distance from Mykonos had been tremendously important in Greek Antiquity. The Delian alliance was formed here and besides that the treasury of the Athenians and the other city states was kept on site. In addition, Delos was a place where nobody was born or died. It was sacred ground, with various religious rituals held there. Nowadays, Delos is uninhabited and one of the proud UNESCO World Heritage Sites in Greece. Youcan visit the place on a guided tour via boats departing from islands nearby.

Monasteries of Daphni, Hosios Loukas and Nea Moni of Chios (1990) This is strange. Although the three monasteries are not located in the same place, they have been identified as UNESCO World Heritage Sites in Greece as a whole. The architecture of these monasteries is similar and therefore they come from the same roots. Daphni Monastery is situated in Attica. Hosios Loukas is found within short distance from Deplhi Oracle and Nea Moni of Chios is a 11th-century monastery that lies on the island bearing the same name. This is one of the most amazingly looking ports. In Corfu, the Venetians created fortifications to protect the island from hostile intruders. The end result is simply impressive and offers just a glimpse of how much Corfu and other Greek places meant. The site is well preserved and combines the structures of a city along with those of a harbor. Neoclassical architecture prevails.

Paleochristian and Byzantine Monuments of Thessalonika (1988) Depicting the Byzantine style and the religious grandeur, these monuments in Thessalonika are of immense value. They feature not only religious, but also secular and military monuments, as well as the 4 kilometers’ long city walls. Rome and Constantinople are blended in harmony and the outcome leaves you breathless. This is what has been the driving force towards ranking these monuments in UNESCO’s list.

Sanctuary of Asklepios at Epidaurus (1988) Asklepios was the God of Medicine from Greek Antiquity. At Epidaurus, there is a shrine of Asklepios in a picturesque valley. Dating back to the 4th BC, th whole structure boasts excellent design and has been left intact. There are even hospital buildings that let today’s wanderers visualize Medicine in the past. Again, this site is found in Peloponnese and more specifically in the region of Argolis.

Pythagoreion and Heraion of Samos (1992) Samos lies in the eastern Aegean and is one of the largest islands in Geece. Pythagoreion and Heraion of Samos have been ranked among UNESCO World Heritage Sites in Greece, due to their superb preservation. They compose a city filled with rich history and religious character. You will find the Temple of Hera (which is another name for Heraion) and an aqueduct, among others. Once visiting the island, it is worth taking the time and admiring the historic ruins on site. St John the Theologian wrote his Gospel and the Apocalypse on the island of Patmos. The whole island is profoundly influenced by his presence. The monastery and the historic center, along with the cave of the Apocalypse, give out a religious character and a spirituality matching no other. Discover the place where Saint John created the most recognizable theological books of all time. Religious tourists will find here a superb destination, surrounded by nature’s bliss!

Temple of Apollo Epicurius at Bassae (1986) In the mountains of Arcadia, the Temple of Apollo Epicurius stands out. Not only is it dedicated to the impressive God of Light, but it also fuses the Doric, Ionian and Corinthian architecture in perfect harmony. It was established somewhere in the mid 5th BC, but it remains one of the best monuments in terms of preservation. The view from above is amazing and it is one of the top UNESCO World Heritage Sites in Greece, for sure! Mount Athos is else known as the Holy Mountain in Greece. It is a religious place, entirely off limits to women and children. There are approximately 20 monasteries on site, many of which are open to the public. So if a traveller wishes to live a genuine spiritual experience and relax, this is a wonderful opportunity. The steep slopes of the mountain along with its abundant greenery create an idyllic environment. An environment unspoiled by the frenzy of today’s world. Twenty four monasteries are built on top of steep cliffs, creating a surreal, out of this world place. This has been ideal of course to ensure isolation for the hermits and monks living there. It was a top class opportunity to protect themselves from any danger. But life in Meteora was harsh and almost unbearable. Weather conditions affected the monasteries and caused hardships. Today, some of these monasteries are open to the public for an unforgettable experience.

We will be focusing more on these exquisite UNESCO World Heritage Sites in Greece, covering their uniqueness in detail. So stay tuned at the Traveller’s Blog and enjoy! 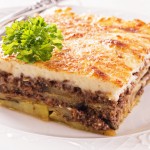 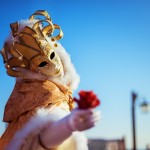 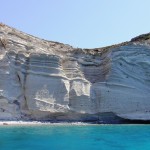 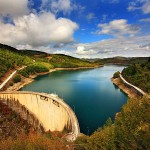 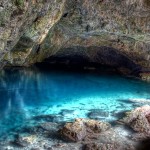