Chania, Crete’s second largest city, is the major town of the Prefecture of Chania which is the very western province of the island.

Chania’s beauty is mainly attributed to the fact that the city has maintained all of its characteristics from the time of the Venetian rule. The picturesque scenery and the city’s rich history, charm every visitor. Take a quick view!

The heart of Chania is the Old Town. The stone paths and cobbled lanes are lined with preserved historic buildings compining Venetian, Ottoman and neoclassical influences. Simply observing these various religious influences from past to present is one of the top things to do in Chania! Start from Chania’s municipal Market (agora) which is located in the center of Old Town. It was opened by Eleftherios Venizelos in 1913 and is considered one of the most impressive covered markets in the Balkans. Follow the old town’s main square is called 1821, named after the year locals revolted against the Turks. Agios Nikolaos Church is here too which features both a bell tower and a minaret. Built in 1320 by the Dominican brotherhood of Kantia, the Greek Orthodox church of Agios Nikolaos was later transformed into the Mosque of Sultan Ibrahim in 1645. Stroll the Jewish Quarter occupied by Chania’s Zudecca Jewish community for centuries. Spot the Etz Hayyim Synagogue which was the core of Jewish life. The building dates back to the 14th century and it was once destroyed during a pirate attack led by Barbarossa in 1538. The Venetian Harbor with its lighthouse is the city’s trademark. The 21-meter-tall lighthouse is the oldest in Greece and was built by the Venetians between 1320 and 1356. The harbor, along with its surrounding area, is famous for its magnificent architecture that combines Eastern and Western elements. At the east end of the harbor visit a reconstructed 15th-century Minoan ship, called the Minoa. Located on the Moro Docks, built in the 17th century, they once used to house Italian prisoners of war which is the reason they remained untouched when the Germans bombed Chania in 1941. The 17th-century Firkas Fortress, also known as Revellino del Porto, is a Venetian fortification on the northwest side of the port. It served as the headquarters for military leaders. The sturdy walls were built with six arched cannon openings to protect the harbor. Located at the entrance of the Firkas Fortress, the Maritime Museum of Crete opened its doors in 1973. The two-storey building contains 13 displays presenting the maritime history of Crete, from antiquity to the Battle of Crete in 1941. A section of the museum is dedicated to the Nazi Germany invasion of Crete during World War II. Explore the art gallery of Chania! It aims to promote the Cretan and Greek culture, and be a center of Cultural education, having Fine Arts as its basis. Works date back to the 18th century until today. The city’s archaeological museum is housed in the Venetian Franciscan Monastery of St Francis of Assisi, in the city’s center. The exhibits include pottery, carved stone objects, seal stones, sculpture, metalwork, gold jewellery and coins from neolithic, Minoan and Roman times, as well as the subsequent settlements by many other civilizations on the island. Balos, at the west of Chania, will charm the visitors with its turquoise waters, wild natural beauty and exotic landscape, famous across the world. The Samaria gorge is one of the most picturesque and magnificent natural attractions in Crete and just getting there is an adventure! It is 18 kilometers long, situated between the settlement of Omalos on the northern side of the plateau and the village of Agia Roumeli varying in altitude from 1250 meters down to Libyan sea level. 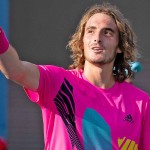 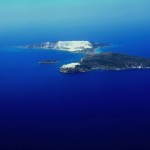 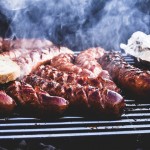 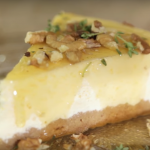 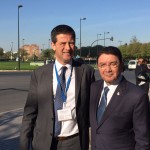