Thessaloniki is the second largest city in Greece, located in the North part of the country. For more than 2.300 years it has been a histoic crossroad between the West and the East, a “co-reigning” city during the Byzantine Empire and a “co-capital” in the modern Greek state. Thessaloniki keeps you for an abundance of the most delicious dining experiences!

This city is the most famous in Greece for its gastronomy and mouth-watering “meze”, the homemade filo pies stuffed with wild or garden greens and the famous “bougatsa” pie with either cheese or custard cream filling, the fresh fish & seafood and its exquisite casserole dishes as well as the famous traditional desserts such as baklavas&touloumpes which date back to the Byzantine years, “sprinkled” with Eastern flavour and aroma from the refugees of Asia Minor, but also from modern pastry. “Haute cuisine” for Thessaloniki in the bottom line is none other that the ability to combine unique home-made traditional food made by “grandma” – her being either a local Macedonian or coming from Istanbul or Smyrna- with modern gourmet flavours & aesthetics. You can enjoy both the historic city centre, the sea front overlooking the White Tower & the unique sunsets at Thermaikos Gulf, up to high in the Byzantine castles and the upper part of the city, Ano Poli and Panorama, as well as the easter coast seaside. At the famous Ladadika area, which is a historic commercial district across the harbour, which is the meeting point for dining and recreation, at Louloudadika area a few blocks away, Athonos square with its picturesque little shops or Stoa Karipi and at the city centre along the coast, but also at Sofouli Street, the main road of Kalamaria Area on the eastern coast and a little further east at Nea Krini, hundrends of modern taverns and restaurants will leave you palate the best of memories from seafood, stuffed vine leaves, stuffed cabbage leaves, local pork with leek and celery of cabbage, stuffed pork rolls and beef with eggplant puree, meatballs with tomato sauce, “Drunk” and spicy pork bites, baked feta with pepper or chilli, steamed grilled chicken, Greek pastas and pizzas, fresh modern salads, spicy cheese dip, a variety of Local wines among others! Do not forget also to enjoy the famous crispy sesamy Thessaloniki bagel which you can pick up from one of the thosants street food vendors and the traditional “pitogyro”, the famous pitta bread souvlaki.

Visit one the modern grocery delicatessen stores and be amazed by the vast variety of traditional greek products not only from Macedonia and the rest of Greece abut also from all over the world.

And do not forget: Thessaloniki is the city that justifies its reputation as the capital of Greek Frape, which you can enjoy in any of the thousands coffe shops from one end of the town to the other. 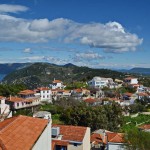 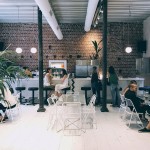 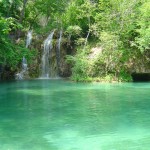 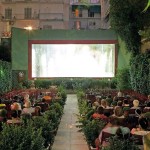 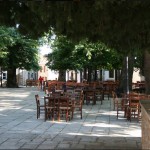