Domokos is a town of Phtiotis. It is about 2.5 hours’ drive from Athens. The ancient Thaumacus, a Greek city state within proximity to Lamia. The latter flourished in the area at the time. The picturesque town has been preserved in a great state over the years. As a result, it is a marvelous destination for a few days’ break or even for longer stays. During winter, Domokos transforms into a snowy gem. And on top, just five minutes from the square we see the unknown yet captivating Domokos Castle! The medieval castle boasts its panoramic views. It also boasts its solid structure. Domokos Castle has remained pretty much intact over the years. There are even few ruins of the Ancient Castle, the Cyclopian Walls. So it is evidenced that the round castle dates back to antiquity. Not in its current form, of course. But still the ancient acropolis was erected there.

As you climb up the castle, you get the opportunity to walk where the locals walked millennia ago. The whole tour is intriguing. You admire the fortifications, as well as the natural beauty all around. There are traces of the Hellenistic era, which is amazing. The Pelasgians probably built the castle.

The municipality of Domokos named the castle “a prominent Byzantine monument”. This shows its significance, both historically and sentimentally. Due to its unique structure, the castle is a wonderful place to visit. Enthusiasts of Greek culture fall in love with the landscapes. The glorious past reflects on every stone. The Greeks gave their ultimate strength during the War of Independence there. And the very same wall protected the locals all this time.

Do you want to be part of this impressive story? Then you should visit Domokos Castle. And then you should head to one of those taverns nearby to enjoy the local gastronomy. Equally enticing as the castle looking towards you from above! 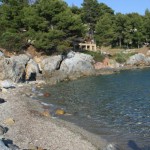 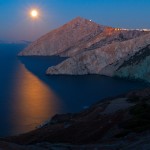 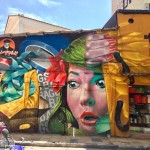 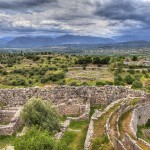 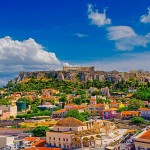