Already world-famous for its breathtaking caldera views and sunsets, its architecture, local products and cuisine, amazing hotels and still-beating volcanic heart, Santorini has also built a strong brand name in the international wine market. Its aged vines, some as old as 400, unharmed by phylloxera louse which couldn’t survive in the volcanic soil, trained in the shape of a basket to protect them from strong winds and preserve precious humidity, produce four classic varieties: the white Assyrtiko, Athiri and Aidani, and the red Mandilaria. Other than a producer of excellent wines, Santorini is also an exemplary oenotourism destination, with wineries that offer everything from tailor-made experiences to group tours and tastings. To tell its tales, we have selected excerpts from the preeminent book on the island’s wine, Santorini: A Historical Wineland, by Stavroula Kourakou-Dragona.

“I advise all who visit Santorini to go up Profitis Ilias mountain, particularly in the season when the vines are verdant, in order to enjoy this unique spectacle that delights the eyes and the soul,” wrote Abbe Pegues, prior of the Lazaridis monastery in Santorini, who lived on the island for many years in the 19th century. And he continued: “From the peak of this mountain in the south of Santorini, which is the island’s highest point, one’s gaze falls enchanted over a seemingly enormous expanse of wines, covering almost the entire isle, and roams over three delightful plains, bounded by smooth hillsides or blocked by steep mountains, half cultivated, half fallow…In summer they compose a splendid  picture, as the green of the vines creates a pleasing contrast with the yellow scattered fields of ripened grain…Santorini offers an astonishing array of contrasts: there are the mountains, volcanic and rugged, half arable and half fiery rocks, some beautiful and others terrible; there are the deep ravines that break up the plains and the fertile slopes, those densely planted with vines; there is the proximity of the sea, which embraces the island from every side, as if it were a huge plain…This, after so many disasters, is the enthralling spectacle offered by the remnants of mutilated ancient Kalliste. From these we can easily imagine how beautiful the island was as a single whole, before the disasters that shattered it and rent it apart from all sides.” 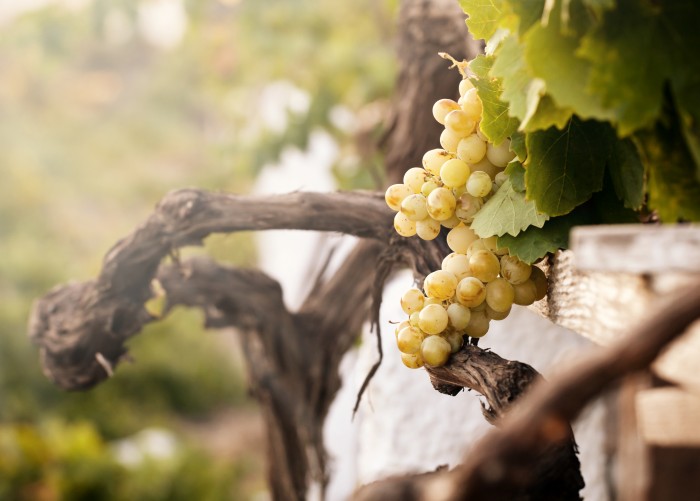 The disasters Abbe Pegues mentioned were caused by the volcanic eruption around 1630 BC that buried the thriving prehistoric city of Akrotiri and created the caldera. In this prehistoric phase of the island, there are many indications of wine-growing and winemaking. As we learn from Christos Doumas, excavator of Akrotiri, “not only have pieces of charcoal from vine wood have been found in the excavations at Akrotiri, but also grape pips, dispersed among the ruins of the settlement. Moreover, bunches of grapes feature as decorative motifs in the vase-painting of the period. Evidence of winemaking and wine trading and certain kinds of storage jars (pithoi) with a spigot near the base of their narrow base. Some three centuries after this tremendous disaster, the island was resettled. Wherever the new inhabitants came from, they had to survive on a treeless, waterless and wind-swept island with very little rainfall and hard compact soil that, when it was dug, became like sand, and was whipped up in swirls by the winds, as in the desert. In all eras, the islanders of Santorini have learned to live with nature, which has forced them to find solutions in order to cope with their needs, and to respond to it in a unique way, because the conditions they had to deal with were unique. So, they cultivated those plants that could survive in the island’s arid and hot conditions, including vines. They arranged whole hillsides in stepped terraces, building dry stone walls with black lava cobbles, which in summertime are crowned with the green shoots of the vine and keep warm their juicy fruits. A combination of volcanic gloom and Dionysaic hope; the polar opposites of an island unique in the world. 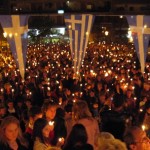 How Easter is celebrated across Greece? Unique Traditions to explore! 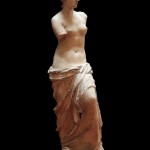 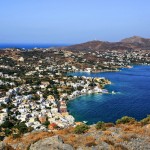 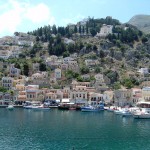 The Quaint Chorio in Symi 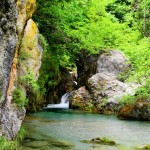