One of the landmarks in the city’s history was the great battle that occurred in 42 BC. Following  the battle, Roman colonists and veteran soldiers settled in the fertile plain of Philippi, and the city was transformed into a Roman colony (Colonia Augusta Julia Philippensis).

The most important sites, from the Roman times up to Early Christian period are:

Right before the Basilica B, there is the Roman Forum, which was the administrative center of Philippi in the Roman era. It is located in the center of the ancient city, between two large parallel paved streets, of which the northern is identified with the ancient Egnatia Street. It is a uniquely designed complex of public buildings (temples, courthouses, libraries, shops), the ruins of which will be spread around a central square with monumental buildings, the east dedicated to imperial worship and the western temple or curia. The oldest phase of the Roman market of Philippi dates back to the 1st century AD, in the Julian-Klaudian period and was built on buildings of the city of Hellenistic and early Roman times. In the Antonine era, a period of great flourishing for the Roman colony of Philippi, a new forum was built in the same place during the years of Roman emperor Marcus Aurelius (161-187 AD). At the Antonine era, the original central square was preserved, but around it was built new buildings, much more monumental, the ruins of which dominate today in the archaeological site. The ruins of the commercial market (marcellum) are preserved in the south of the forum. Building complex with peristyle courtyard in the center, framed by functional spaces (shops). Six-stoned colonnade in the middle of the northern side was the main entrance of the building from the main shopping street. This memorial complex as well as the forum is also a building of the Antonine era. The Early Christian Basilica B in the mid-6th century AD captured most of it. Only the six-stoned colonnade on its northern side, which was incorporated by the Byzantine architect into the monumental north entrance of the Early Christian basilica, was preserved from the building. From the use of the building in Roman times comes the engraved game of pawns, same to which is also engraved in other parts of the forum. To the west of the Early Christian Basilica B the excavations have revealed the ruins of the Palaestra dating back to the 2nd century AD. The building was communicating with the large Commercial Street. The peristyle central courtyard was a practice area. To the west there were rooms and to the east a small amphitheater with seven rows of seats. The best-preserved area is the Vespasian in the southeast corner of the building. On a scale, of which nine steps are saved, we descend into an antechamber leading to the Vespasian Hall. On the three sides of the room there is a continuous seat with 42 circular holes. Below the seat there is a deep sewer with a continuous flow of water, which ensured the permanent cleanness of the space. The building complex of the Palaestra was destroyed with the end of the ancient city and the erection of the Early Christian Basilica B in this area. This building complex is located in the SE of Palaestra and Basilica II, near the city’s southern wall. It is a rectangular building, with a monumental entrance to the north, separated by a central courtyard in two wings. In the east there are gathering and recreation rooms, while in the west there were the bathroom compartments and the water heating facilities. In the east are two large halls with swimming pools in the center. The floor of the arched hall was decorated with a marvelous mosaic, parts of which are preserved in the Philippi Museum. In the west wing there was a large room with a tank and a fountain. This building complex, built in the middle of the 3rd century. AD, it is believed that in the first phase there was also a sanctuary of the gods Liber Pater, Libera and Hercules. The destruction of the building is probably related to the Goths raids, dating back to 378 AD. The ruins of the abandoned building were settled from the end of the 4th century AD. local workshops (metallurgy, etc.), whose life continued until the beginning of the 7th century AD. In the last phase of the building, the circular building (kiln?) in the inner courtyard must also be dated. At the eastern boundaries of the modern village of Krinides, the monument of the Roman veteran C. Vibius Quartus is preserved. The monument was on the northern side of the Roman Egnatia road, which probably existed in that place, referring to Co Fons (water spring) in the Roman itineraria. The source of the water in this region is still feeding today’s modern village, along with the adjacent marsh, which is part of the deserted Philippi plain. The presence of the modern road that follows the route of Egnatia Road, the neighboring hill of the prehistoric settlement and the imposing monument of the Roman soldier retain important elements of authenticity of the ancient historical landscape and the surrounding area, despite the alterations that modern life has brought about. The Greek toponym of the Megalo Lithari area, as well as the Turkish Dikili Tas, mentioned by the French traveler-archaeologist L. Heuzey, who visited the area in 1862, come from this massive monument, almost saved Intact since antiquity. The unique alterations of the monument appear in its lower part, which is worn because of the popular tradition that links it to Alexander the Great. The monument was named in the era of Ottoman domination “Pahni toy Boukefala” (Voukefala’s nest), and the dust from its gravel marble was drank by women to give birth to males as strong as Alexander the Great. 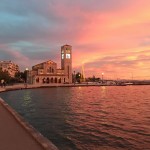 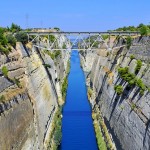 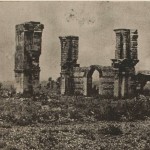 The Basilicas of Philippi: churches of unique Christian importance 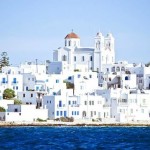 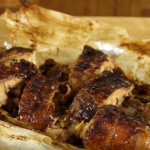