Jackie Kennedy and Greece are strongly bound with each other. The elegant, ethereal former First Lady Jackie was eternally impressed by the glory and history of Greece. Even though she had not visited the country till the 1960s, it still lured her a great deal. So as JFK’s wife she was able to travel half around the globe and visit her long-lasting love affair! And she did so most wonderfully, traveling to many different places to take in as much beauty as possible. Jackie visited Athens and the emblematic Parthenon, UNESCO World Heritage Site and a beacon of Democracy. She also visited the islands, including Hydra that mesmerized her and Mykonos with its vibrant nightlife and whitewashed alleys. And of course, she was dazzled by the infinite blue sea and the warm hospitality of the locals. She met Petros the Pelican, a legendary presence on the island of Mykonos. Meeting with the Royals, she went on a cruise and got informed on the history of Greece. And last but not least, she could not help but express her admiration for Never on Sunday and Melina Merkouri!

After her travel in Greece had come to an end, Jackie was left in awe and wanted her children to have the same experience as her. And after her husband’s death and the political turmoil in the USA with Bobby Kennedy’s death, she was looking for a way out. A way out of depression and fear. Aristotle Onassis, Telis, offered her that way out.

Jackie Kennedy and Greece to Eternity She married him on the island of Scorpios, a privately owned island in the Ionian Sea. Even though the wedding had risen a lot of reactions and criticism, a look at Jackie was enough to understand that she was happy. Because Jackie Kennedy and Greece felt like different sides on the same coin. Jackie O., as she was known after marrying the ship magnet and billionaire Onassis, loved Greece and Greece loved her back. It was a love affair without an end, without a fade-out, without bitterness or sorrow…Exactly like love affairs should be! 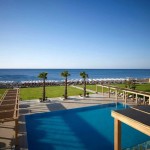 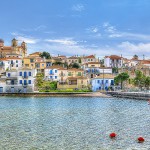 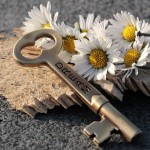 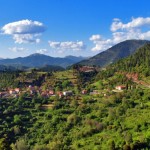 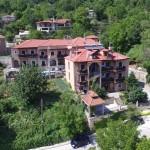