Why Ifestia Festival 2017? Well, because Santorini has been forged by fire and water over the years. Around 1600 BC, a huge volcanic eruption has led to catastrophic consequences for the island. There are records of a tsunami hitting hard and devastating everything, reaching even Crete. The brutal force of fire and water eventually gave birth to Thera as we know it.

Instead of fearing the volcano, the locals have embraced its overwhelming power. Each year they celebrate the volcanic eruption through a vibrant festival. Folkloric events, dances, speeches and exhibitions shed light to the past. The main attraction signifies the end of the festivities.

Ifestia Festival 2017 will be held on 16th September. There will be a representation of the volcanic eruption. At night, fireworks will light up the sky. This is when the locals will sail away on their boats. After sunset, the spectacle will be purely mesmerizing.

A volcano is a force of nature. Therans know that they owe the island’s beauty and uniqueness to this brute phenomenon. This has been the core essence of Ifestiva Festival 2017, a tradition that will live on and on! 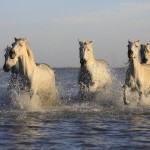 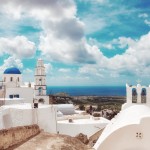 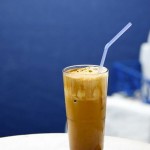