home Featured Posts, Greek Food Frappé: The History of Coffee That Greeks Are Obsessed With

Plain, medium or sweet… both Greek and foreign visitors must take a step back and relax while enjoying their frappé. This is the deeper meaning of it, or is this just another urban legend that frappé is the coffee for the lazy?

Frappé coffee, or Greek frappé, is a foam-covered iced coffee drink made from instant coffee (generally spray-dried), sugar, ice cubes and water. It is very popular in Greece and Cyprus, especially during the hot summer temperatures, but has spread to other countries around the world, and especially wherever Greeks are present.

The Greek frappé became a symbol of the post-war outdoor Greek coffee culture. Although Freddo, another Greek invention, has become very popular, Cafe frappe to this date remains the most popular coffee beverage among the Greeks.

But what is the history of the frappe and how it came to be? After contacting Yiannis Michalopoulos, Senior Brand Manager at Nescafé of Nestlé Hellas, the widely known story of the frappé being invented by accident at the 1957 International Trade Fair in Thessaloniki was confirmed. The invention of the frappé belongs to Dimitris Vakondios, an employee of the representative of the Nestlé company. Nestlé was introducing a new chocolate beverage for children that was produced instantly in a shaker. During a break, Vakondios wanted to have his regular Nescafé Classic but he could not find any hot water, so he mixed the coffee with cold water in a shaker.

Frappé took over its official name and became the national coffee beverage of modern Greece around 1979. Although the word frappé originates from the French word meaning “shaken” or “stirred,” the Greek invention has nothing in common with the French chilled beverage produced in a shaker, but contains milk or fruit juice instead of coffee.

The preparation recipe is quite easy. The coffee can be made either with a cocktail shaker or an appropriate mixer (e.g. a hand mixer). One or two teaspoons of coffee, sugar to taste and a little water are blended to form a brownish foam, which is poured into a tall glass. To this, add cold water and ice cubes, and, optional, milk – typically evaporated milk. The glass is served with a drinking straw.

Nescafé Frappé is exported to many European countries, including the UK, the Netherlands, Germany, Belgium, France, Switzerland, Luxemburg, Bulgaria, the USA and Australia.

Ever since its first commercial launch in 1979, Nescafé Frappé has been symbolically and visually connected to the easy-going and careless summertime for Greeks. This iconic connection and the unique property of the frappé consistency to maintain its quality longer than any other beverages, has resulted in developing the myth of the frappé being synonymous to a carefree tasty experience. However, Michalopoulos explained that extensive research has shown that the two key reasons why someone chooses to drink frappé are stimulation and social sharing, two stimuli that are directly connected to a more energetic and dynamic way of life. This is the two-dimensional direction Nescafé Frappé will be launching its new communication project, promoting the dynamics, spontaneity and creativity of the most favored coffee brand in Greece.

Try it out yourself

This is how you can make your own authentic Greek Frappe at home! 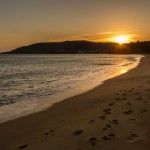 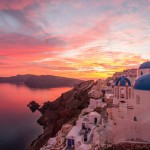 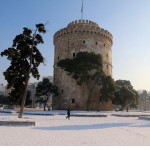 The Charming Culinary Journey of Thessaloniki 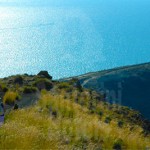 Experience Santorini from a different point of view: Hiking along the Black Mountain’s spine 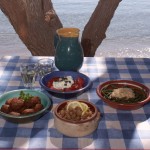 A Magical Journey to Sifniot Cuisine