The location of the second largest volcanic eruption in human history, the waters off Greece’s Santorini are the site of newly discovered opalescent pools forming at 250 meters depth. The interconnected series of meandering, iridescent white pools contain high concentrations of carbon dioxide (CO2) and may hold answers to questions related to deepsea carbon storage as well as provide a means of monitoring the volcano for future eruptions.

“The volcanic eruption at Santorini in 1600 B.C. wiped out the Minoan civilization living along the Aegean Sea,” said Woods Hole Oceanographic Institution (WHOI) scientist Rich Camilli, lead author of a new study published today in the journal Scientific Reports.  “Now these never-before-seen pools in the volcano’s crater may help our civilization answer important questions about how carbon dioxide behaves in the ocean.”

The pools range in size from 1 to 5 meters diameter, and scientists believe they are ephemeral, appearing and disappearing like a rain pool in the dessert.

Camilli and his colleagues from the University of Girona, National and Kapodistrian  University of Athens, Institut de Physique du Globe de Paris, and Hellenic Centre for Marine Research, working in the region in July 2012, used a series of sophisticated underwater exploration vehicles to locate and characterize the pools, which they call the Kallisti Limnes, from ancient Greek for “most beautiful lakes.” A prior volcanic crisis in 2011 had led the researchers to initiate their investigation at a site of known hydrothermal activity within the Santorini caldera. During a preliminary reconnaissance of a large seafloor fault the University of Girona’s autonomous underwater vehicle (AUV) Girona 500 identified subsea layers of water with unusual chemical properties.

Following the AUV survey, the researchers then deployed HCMR’s Thetis human occupied vehicle. The submersible’s crew used robotic onboard chemical sensors to track the faint water column chemical signature up along the caldera wall where they discovered the pools within localized depressions of the caldera wall. Finally, the researchers sent a smaller remotely operated vehicle (ROV), to sample the pools’ hydrothermal fluids.

“We’ve seen pools within the ocean before, but they’ve always been brine pools where dissolved salt released from  geologic formations below the seafloor creates the extra density and separates the brine pool from the surrounding seawater,” said Camilli. “In this case, the pools’ increased density isn’t driven by salt – we believe it may be the CO2 itself that makes the water denser and causes it to pool.”

Where is this CO2 coming from? The volcanic complex of Santorini is the most active part of the Hellenic Volcanic Arc. The region is characterized by earthquakes caused by the subduction of the African tectonic plate underneath the Eurasian plate. During subduction, CO2 can be released by magma degassing, or from sedimentary materials such as limestone which undergo alteration while being subjected to enormous pressure and temperature.

The researchers determined that the pools have a very low pH, making them quite acidic, and therefore, devoid of calcifying organisms. But, they believe, silica-based organisms could be the source of the opal in the pool fluids.

Until the discovery of these CO2-dense pools, the assumption has been that when CO2 is released into the ocean, it disperses into the surrounding water. “But what we have here,” says Camilli, “is like a ‘black and tan’ – think Guinness and Bass – where the two fluids actually remain separate” with the denser CO2 water sinking to form the pool.

The discovery has implications for the build up of CO2 in other areas with limited circulation, including the nearby Kolumbo underwater volcano, which is completely enclosed. “Our finding suggests the CO2 may collect in the deepest regions of the crater. It would be interesting to see,” Camilli said, adding it does have implications for carbon capture and storage.

Sub-seafloor storage is gaining acceptance as a means of reducing heat-trapping CO2 in the atmosphere and lessening the acidifying impacts of CO2 in the ocean. But before fully embracing the concept, society needs to understand the risks involved in the event of release.

Temperature sensors installed by the team revealed that the Kallisti Limnes were 5°C above that of surrounding waters. According to co-author Javier Escartin, “this heat is likely the result of hydrothermal fluid circulation within the crust and above a deeper heat source, such as a magma chamber.” These temperatures may provide a useful gauge to study the evolution of the system. Escartin added that “temperature records of hydrothermal fluids can show variations in heat sources at depth such as melt influx to the magma chamber. The pool fluids also respond to variations in pressure, such as tides, and this informs us of the permeability structure of the sub-seafloor.”  Changes in the pools’ temperature and chemical signals may thus complement other monitoring techniques as useful indicators of increased or decreased volcanism.

This European – American  research collaboration was funded through support from the EU Eurofleets program, Institut de Physique du Globe de Paris, Hellenic Centre for Marine Research, the US National Science Foundation, and NASA’s astrobiology program (ASTEP) which supports autonomous technology development to search for life on other planets. “From a technology perspective, it was a big step forward,” Camilli said.

The Woods Hole Oceanographic Institution is a private, non-profit organization on Cape Cod, Mass., dedicated to marine research, engineering, and higher education. Established in 1930 on a recommendation from the National Academy of Sciences, its primary mission is to understand the ocean and its interaction with the Earth as a whole, and to communicate a basic understanding of the ocean’s role in the changing global environment. For more information, please visit www.whoi.edu. 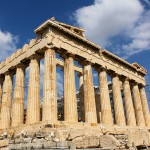 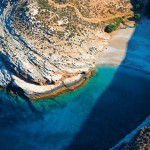 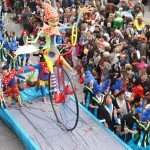 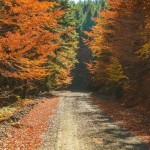 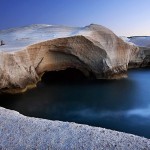 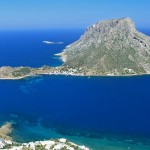 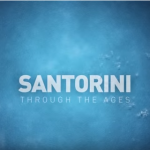 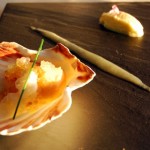 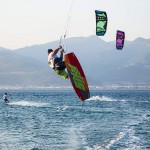