Castles (castelli) and medieval forts (gulas) unravel the history of another Santorini with their fortified settlements: alleyways, houses of simple architecture and colorful walls –always gazing at the sea from where pirates would once appear.

‘Castelli’ means ‘small castle’. They were built in Santorini by the Latin colonists of the island during the period of Venetocracy (13th-16th centuries). ‘Goulas’ is the ‘defensive fortress’, the highest tower of every castelli, having a rectangular shape and many storeys. They were used both as an observatory and for defensive purposes against pirates. Saint Theodosia is considered to be the Protector-Saint of Castles. That is why at the front of every castelli there is a church dedicated to her. Enjoy the spectacular buildings!

Τhe best preserved castle of the island is situated right at the heart of the village. this is fortified town with walls of houses that simultaneously create the wall of the castle. Built in 1450, it was the most “commercial” castelli of all, as it was here where the market and all products trading of the island were located. Walking around the alleys with the houses stuck one with the other, the low doors and the even smallest windows painted in pastel colors is the best way to get to know the architecture of the castelli and take wonderful photos across the small doorways, alleys, stairs and courtyards. Located nearby, the Gulas of Emporeio used to operate also as a place for storing the harvest and as a dependency of the Patmos Monastery, inhabited by monks. Castelli of Saint Nikolaos or Apanomerias in Oia

The residents of Apanomerias used to need protection from the pirates, so they built their own fortified settlement, Castelli Agios Nikolaos. It was built around 1450 and named after the church carved in rocks dedicated to Saint Nikolaos. What has remained today from the castelli of Saint Nikolaos is one part of its gulas. It has a particularly rich history but the earthquake of 1956, that caused great disasters to the whole of Oia, also hit the castelli of St Nikolaos. However, this spot of the Oia Castle is probably the most famous spot on the island. Every evening people from all over the world come to its black-reddish half-ruined walls to admire the sunset. It is exactly the same spot from where the Santorinians were keeping a watchful eye on pirates for three whole centuries (15th-18th century). At the top of the village of Akrotiri dominates the castle that once protected its inhabitants from attacks. It was built around 1335 and used to be called ‘Punta Castelli’ and ‘La Ponta’, which in Medieval Italian meant ‘the peak’. It was donated by Nikolas Sanudos, Duke of Naxos, to the Gozadini family, who kept the gulas under their power until 1617 even though the Turks had already invaded the rest of the island. Today only ruins of buildings of that era are visible. There is also a second gulas at the Castelli of Akrotiri, a bit farther from the castle-city heart. Today the Akrotiri Castelli has revived, for a Museum and Workshop of Traditional Musical Instruments have been operating since 2012, while music nights from all over the world are being often organized. At the top of the hill stands the fortified town, the castle of Pyrgos, in which the outside row of houses is parallel to the walls of the castle. Although the earthquake of 1956 let its vivid marks, the Castelli of Pyrgos has retained the mystic atmosphere of its era. Being the most recent of all Castelli in Santorini, it was built around 1580. In the beginning, at its top there was a tower that was later knocked down and the Monastery of St Georgios was built in its place. The walls of the houses composed the fortified surrounding wall of the castelli, while there was only one entrance. The settlement was built upon a sequence of underground roads aimed at being used as a shelter in case the settlement would ever fall in the enemies’ hands. It was developed on the hill outside the walls, with narrow winding streets and picturesque features. Once Skaros was abandoned, the Castelli of Pyrgos became the capital of the island. The castle of Skaros is located at the top of the mountain that stands inside the caldera opposite Imerovigli. Whether looking over Skaros from some point of the Caldera or being at its top, it is hard to imagine that an entire castle-city was built on this rock with tortuous narrow cobbled streets, houses and churches. Skaros Castelli is the oldest castelli in Santorini, but today there is nothing reminding of its medieval prestige. The only testimonial for what the Castelli of Skaros looked like is a pencil sketch from the collection of Thomas Hopes exhibited at the Benaki Museum -the design of the castelli being attributed to L.S. Fauvel. It was built between 1205 and 1230, but was destroyed by the earthquake of the 17th century and gradually abandoned. Once there were about 200 stone houses built there in order to protect the inhabitants from the pirates. It was the island’s capital and center of the Catholic Diocese until its abandonment. According to the story, the Castelli of Skaros was never captured by anyone, but was abandoned in the 17th century because of the earthquakes due to the volcanic activity on the island. When it was built it was connected with Imerovigli by a movable wooden bridge. The visitor today can enjoy the fantastic view offered by the location. The only structure remaining today at the spot where once the impregnable fortress used to be erected is a church dedicated to ‘Virgin Mary the Theoskepasti’. 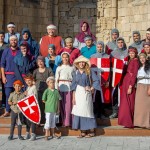 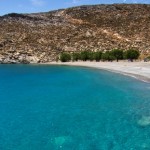 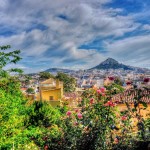 5 Oasis in the Center of Athens for Cool and Amazing walks! 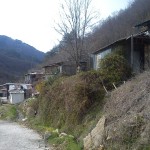 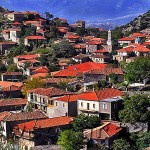