Santorini holds a valuable legacy which is used to bring out the traditions of the island. In the visitable wineries of the island you will be able to indulge into the flavors and aromas of the wines which have been produced by the volcanic vineyard which is more than 3.200 years old, which makes Santorini one of the most important wine-tourism destinations in the world!

The multi awarded Santo Wine is found as far as Sweden and Canada and is blessed by nature, the soil and the unique volcano view. The Union of Santorini Cooperatives was established in 1947 in order to protect the agricultural products of Santorini. It is the largest wine producer on the island and its members include the whole of the islands producers from which 1000 are active. The latest winery was built in 1992 and it is spread in three levels. Visitors have the opportunity to enjoy enjoy a tour of the premises and wine tasting with a view of the glorious sunset.

A former tomato factory was renovated and turned into the most industrial winery of the island. There are three special wines that surprise in taste. Gaia Winery was established in 1994 and created two wineries, each at the most emblematic wine production area of Greece, Nemea and Santorini. The winery is situated on the east side of the island, on the beach and is hosted in an exquisite stone built house of the previous century. It is open for visitation from May til October. Visiting the winery includes wine tasting of all the wines from Santorini and Nemea and visitation to the rooms of wine production as well as to the small vinegar production line.

A century of history, four generations of wine makers and ranking among the 100 best wineries of the world is what characterizes the Estate Argirou. The winery was created in 1903 by George Argiros, at Episkopo Gonia Thiras. He followed the traditional method of making wine targeting on making the most of the grapes growing in his land, as the wine was destined for the local market. Today the family tradition lives on through the 4th generation of wine makers. This is a family business counting 4 generations.

You will find their wines in the most prestigious restaurants and wine bars of Shanghai, Austarlia and Hong Kong. It all began back in 1991 at the traditional winery of Sigalas family in the ancient planes of Santorini. Today, the multidynamic variety of mediterrannean zone, the Santorini Asirtiko as well as the Aidani, Athiri, Mandilaria and the Mavrotragano are being processed the best way possible. At the wine-tasting corner you will indulge into wine tasting along with local Cyclades flavors. Do not miss out of a unique dinner experience (4-10 people) at the vineyard along with the sunset. 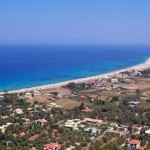 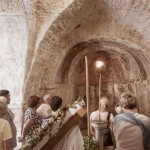 The special Easter customs of Naxos 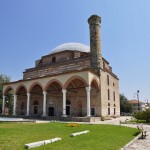 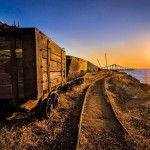 Feel the heavy land of Serifos and “enter” the historical mines! 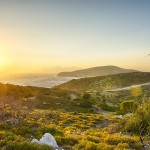