home Destinations, Mainland Be an Athenian and welcome to Koukaki!

«Monocle», «Vogue», «New York Times», are just some of the numeral international media that are suggesting and acclaiming the Koukaki area, as a wonderful retro-style neighborhood to wander! Situated south of the Acropolis and Mount Filopapou and bordered by Syngrou Avenue to the south and the beautiful pedestrian avenue of Dionissiou Areopagitou to the north, Koukaki is within easy walking distance of just about anywhere in Athens that you would want to be. Koukaki was known as the “Little Paris” until the 1980s. An artistic aesthetic, a mixture of bohemian style with urban culture, creative citizens’ initiatives, battered youth of the past, family friendly, also space for “minorities” unfolding a special amalgam  that mark the neighborhood.  Its name came from the manufacturer Georgios Koukakis, one of the first inhabitants of the area, at the beginning of the 20th century, who had opened an industry for iron beds. As early as the 1960s, the neighborhood was densely populated as it was a hub of many central areas. It was also the main passage of Ilissos river. Nowadays, the area has been labeled by the increase of tourists, though it is definitely the area for those travellers seeking authentic experiences, interesting spots and still secret places. Its proximity to ancient treasures such as the Parthenon, the Acropolis Museum and the Temple of Olympian Zeus, to the district of Plaka, Thission and Philopappos Hill, but also its night-life, alternative bars, the imposing neoclassical buildings and the art spaces make Koukaki the most developing area of Athens. Especially, The Acropolis Museum has changed so much the anthropogeography of the area around the Makrygianni Street, which has been mentioned in recent years as a separate neighborhood. Also, along with the recent erection of the National Museum of Contemporary Art are the main cause of the transformation and development of the area, helping to become the focus of the “shared economy”. What to Do (apart from the “obvious”):

It is the only museum reffering to the contemporary jelwery in Greece. It is situated in a mansion that showcases 40 years of ornate baubles crafted by Lalaounis, the celebrated Greek goldsmith. His pieces double as artifacts with their thoughtful, intricate references to nature and bygone civilizations.

A unique and highly interactive museum devoted to the world of emotions of the childhood. It uses its expositions, play and fairy tale to encourage children and teenagers to get to know each other better and to understand the inner world of emotions.

The Art Gallery “Technohoros” started its operation in 2003 as an initiative of the Union of Greek Engravers, aiming at the promotion and development of the art of engraving.

An exceptional building of modern architecture, it is a symbol of “fresh” in a grey surroundings. Edodi (80, Veikou Street). A romantically retro environment, an award-winning  restaurant of high gastronomy, based on fresh raw materials available in the marketplace.

Balcony (1 Veikou & Dimitrakopoulou Streets). Traditional flavors with modern culinary recipes and local flavors in one of the most interesting gastronomic proposals in the city with a route to every corner of Greece and a unique view of Makrygianni Area.

Mani Mani (10, Falirou Street). A beautiful, old neoclassical house is home to this elegant well – reviewed restaurant. Its menu is based on traditional recipes and materials of the Mani region of the Peloponnese, where the chef adds a touch of creativity.

Fabrica tou Efrosinou (34, A. Zinni Street). Namely the factory of Efrosinos – the patron saint of cooks –  with charm and homey dishes, plenty of meze and stews.

Auli tou Kouvelou (66 Gen. Kolokotroni Street). One of the most beautiful courtyards in the city. The menu is a combination of the recipes of the Greek village with the chef’s inspiration.

Kalyvas (10 G. Olympiou Street). The ultimate grill – souvlaki and meat domitate – that has been a meeting point in the neighborhood for decades.

To combine drinks with food:

Sfika (15 Str. Kontouli Street). Appetizers and various dishes with materials from all over Greece, greek spirits, raki, ouzo, wines, excellent creations of small producers -all under the music of rebetiko.

To Pangkaki (17-19 G. Olympiou Street). Coffee, ouzo with meze, beers and drinks, but not another usual café bar. It is a collectivity that actively supports Fair Trade, working with small producers and serving products such as Mexican Zapatista Cooperative Coffee and Sugar from the Landless Movement in Brazil. The atmosphere is as relaxed and “alternative” you imagine!

Vinni (10 Drakou Street). It is one of the oldest places in Koukaki area, with old school rock music and a wide variety of beers.

Kinono (48 Falirou Street). A destination for DJ-fueled jazz, soul and funk, a large bar, an inclusive cocktail list and large areas in the mezzanine and the basement for exhibitions and one-off performances!

Tiki Athens (15 Falirou Street). A time machine that is travelling us in the late ’80s, a multi-page list of cocktails, as well as the ever present selection of juicy burgers in case you are hungry. The music moves around 60’s pop, rock’n’roll, lounge, indie, jazz, funky and soul, while it is often hosted live with free entrance, bar theater performances and many more interesting events.

Wander around the small streets, smell the essences of an older Athens and find out more places on your own! 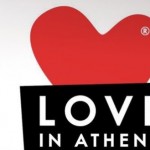 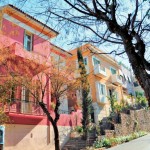 Mets Will Take You to a Different Era in Athens 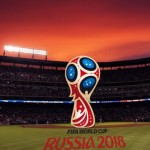 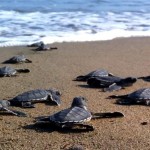 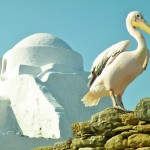 Peter the Pelican of Mykonos