The 2016 Olympic Games to be held from August 5 to August 21, 2016 at the vibrant coastal city of Rio are expected to attract all of our attention this summer. A record number of 10,500 athletes of 26 nationalities will compete for 306 sets of medals in 28 different sports. The picture was quite different 120 years ago, at the first modern Olympic Games. Hosted in Athens, the 1896 Olympics attracted just 241 participants from 14 countries. Yet the first Olympics were greeted by the international community, as a unique multi-sport event that has maintained ever since a unique position in the heart of athletes and audiences alike.

History of the modern Olympic Games

The Olympic Games were held in antiquity every four years in honor of ancient Greek god, Zeus. It was major athletic competition to which city states from all over Greece sent representatives. Their celebration continued under Greek and later Roman rule without interruption for over six centuries; from the first Olympics that date to 776 BC until 394 AD when emperor Theodosius I suspended them in his effort to impose Christianity as the official religion of Rome. The revival of the Olympic Games came only at the turn of the 19th century. We owe the initiative for the organization of the first modern Olympics to Pierre de Coubertin, a French pedagogue, historian and the founder of the International Olympic Committee.

Nine sports were featured in the program of the 1896 Summer Olympics. The athletes that travelled to Athens with the hope of winning the title of the first modern Olympian competed in the following sports: athletics, cycling, fencing, gymnastics, swimming, tennis, weightlifting, wresting and shooting. The highlight of the 1896 Olympic Games was the marathon, which was included for the first time in an international sporting event. Inspired by the ancient legend, the race started from the city of Marathon and concluded in Athens at the Panathenaic stadium.

To commemorate the first Olympic Games Benaki Museum in collaboration with Costa Navarino set up a special exhibition. Throughout summer 2016 travelers that land at Athens international airport Elefterios Venizelos will have opportunity to enjoy a collection of rare photographic material from the 1896 Olympic Games. So, if you happen arrive in Athens sometime between May 16 and September 16, 2016, do pay a visit to the ‘Arts and Environment’ exhibition area.

Follow the trail of the Olympic Games in Greece.

Travel Zone Greece has designed a special Olympic Games tour package. It includes a visit to Olympia the birthplace of the original Olympic Games as well as other important sites, monuments and museums connected with the ancient and modern history of Olympics.
Contact us for more information.
See Vacations in Greece - 9 Days - Premium - Athens, Paros, Naxos, Santorini (1 reviews) reviews Reviewed on tourradar.com 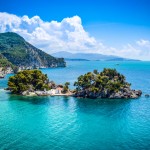 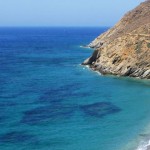 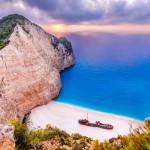 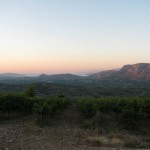 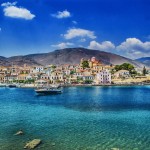