The story behind the discovery.

Artworks have often many stories to tell. Every day thousands of visitors of the Louvre Museum admire the Venus de Milo, also known as Aphrodite of Milos. One of the museums’ most recognized exhibits, this masterfully crafted marble statue hold the status of one of the most recognized artworks in the history of art. Yet, for the immense popularity that Aphrodite of Milos holds, her story is shrouded in many controversies and mysteries.

The discovery of a goddess
It all began in Cycladic island of Milos in 1820, but the details of how the statues came to light are uncertain, as there are different accounts of how it was discovered. According to various sources, a Greek peasant found the statues pieces which later became the subject of interest of the French who were doing excavation in the area. However, it is not clear when or how the statue was found as well as who exactly found it. But most importantly it is uncertain whether the statue was found without its hands, which remain lost until today. After the discovery, a great debate started about who was more legitimate to claim the ownership of the statue but the French ambassador, marquis de Rivière, managed to acquire it and sent it as a gift to the King of France, Louis XVIII. Aphrodite was then donated to the Museum of Louvre where she won the admiration and fame that has today. Yet, her travel from Milos to Paris came with a price. What we see today in the Louvre is only a glimpse of how the statue used to look like. It is believed that the statue was originally embellished with metal jewels, bracelet, earrings, and headband which are now lost, and that the marble was not white but colored instead.

The real identity of Aphrodite
The greatest mystery however is about the missing members of the statue which make her also so unique and identifiable by the public. As they were never found it was never clear what was the original stance of the woman, making the restoration and identification of the statue almost impossible. Therefore, it is cannot be said with certainty that Venus de Milo is really the goddess Aphrodite. There is the dominant impression that she is holding an apple leading to the unfounded belief that she is actually the Aphrodite as depicted in the Judgment of Paris. However, there are not any hard evidence to support such a claim. According to other theories, she could be holding a bow, making her the goddess Artemis, or an amphora, making her Danaid. It is also widely believed that she might be the sea goddess Amphitrite, who was born, according to the myth, in the island of Milos.

Yet, even if her identity and the manner in which she was discovered, are not clear, Aphrodite of Milos reflects perfectly the island where she comes from and she is undoubtedly a true daughter of Milos. 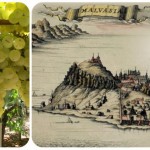 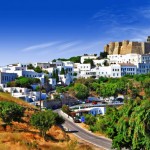 Visiting the Monastery of Saint John in Patmos 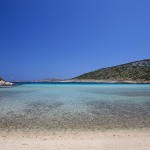 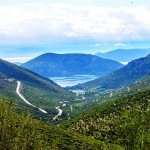 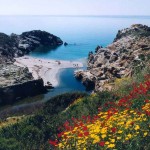