At this time of year the Archaeological Sites of Greece are at their best, combined with the pleasant weather and are ideal for a day tour if you are staying in Athens. They are great tour destinations weather you are travelling alone or with family.

A couple of kilometres, outside the city of Tripoli in the Peloponnese, at Alea Village, the Archaeological Museum of Tegea has opened its doors to the public after undergoing a serious renovation. Fully equipted with state of the art audiovisual media, it narrated the long story of the significant State City of Ancient Arcadia in a fun and interactive manner. Among others you will see the works of the great sculpur and architect of Ancient Greece Skopa. The highlight is the Sacred Temple of Athina Alea, the history of which comes to life in Room 4. The tour is completed with the exhibition found at the terrace of the Museum.

Aigina Island is just an hour away from Athens by boat and one of the most popular day tours. You can start your tour visiting the Aracheological Museum of Aigina, the first of its kind in the Modern Greece, which was founded by the first Prime Minister of Modern Greece Ioannis Kapodistrias.The exchibits will take you on a journey between prehistoric and Roman era, with the most important one to be the marbles of Aphea Temple and the Sphinx statue, dedicated to the temple of Apollo. At the northeast side of the island, within a pine tree forest you can visit the well preserved Temple of Aphea. Many claim that the temple of Aphea in conjunction with the Temple of Poseidon at Sounion Bay and the Parthenon form a mystical triangle. Near there you will also find the ruins of the Temple of Ellanios Zeus.

Golden Mycenae: have always something to teach us

An ode to Mycenae was made by Homer during in his famous Epics as “Golden Mycenae” and connect prehistoric with modern era through the Classic Ancient Greek Tragedies which consern us up to today. The myth says they were named after the fall of the mythic sword scabbard of Perseus either from the discovery of water under the roots of a mushroom. The truth is that it is a state of Art of Antiquity which still causes every visitor fascination. Hightlighets are the Lion’s Gate, the Royal Tombs, the Palace, the Temple and the ruins of the Mycenaen Acropolis. With modern infrastructure the Archaeological Museum of Mycenae presents the beauty of antiquity through photographs from the time of the escavations, miniatures, maps, findings of the Treasure of Atreas, the tombs and of the surrounding area. You can combine this excursion with a visit to Naufplion!

Nature and history combined in the scenery of Akrokorinthos A spot Corinth that is not as well known, however just as remarkable, is that of  Akrokorinthos. It is situated on a hudge rock since the 7th cent BC as the castle that looked over every sea and land raid from anquity up to the Othoman Empire. You can commence this tour by gazing at Ancient Corinth on the foot of the hill, whith the narrow roads, the temple of Apollo, the Baths, the Roman Market and other public buildings which are preserved in good shape. The architectrure of the building is in harmony with the surounding mountain tops with the defence walls and towers. The magnificent view streches from the Geraneia Mountains of Loutraki down to the Corinthian Bay and from Patras bay down to the shores of Boeotia and Fokida as well as the islands of the Argosaronic Gulf.

Some visit Nemea for the antiquities, some others for the famous local wine (Agiorgitiko), however we suggest you combine both for a memorable daytrip near Athens! Among others you will see the magestic temple dedicated to Zeus as well as the huge stadium with capasity of 40.000 spectators that hosted the Nemea Games in favor of Zeus. Walking through the stadium will remind you of an airport wereas the surounding findings will take on a trip back in time. The Museum of Nemea hosts a great collection of findings of various archaeological sites like jewlerry collections and ceramics among others. At a short distance from Ancient Nemea you will find a series of wineries such as Semeli, were you can enjoy an educating tour on the production of wine as well as wine tasting!

Combining Argos and the neighbooring Ancient Tiryns you will enjoy a decent Antiquities Day Tour near Athens. When you are at Argos do not miss the opportunity to visit the Archaeological museum there, where you will find a wide range of findings dating back to the prehistoric era. The Larisa castle, the ancient acropolis of Argos at it peak, holds legendary history of thousands of years dating up to the Modern Greek Revolution. The Ancient Theatre remains open for the public and during the summer it hosts a number of festivals. The old millitary headquarters of Kapodistrias is a well preserved building which hosts amazing cultural happenings. Not far from that you can start your tour of Tyrins from its famous walls. Gazing at the humungus stones, you will wonder if this wall was indeed built by the Cyclops! At the lower Acropolis you will see the noble’s rooms within the walls whereas at Upper Acropolis the west wing is great finding of Myceanian Architecture. Narrow paths lead from every path towards the Palace, the Auditoreum, the Courtyard and the Ancient Baths.

Delphi, on the steps of the Oracle 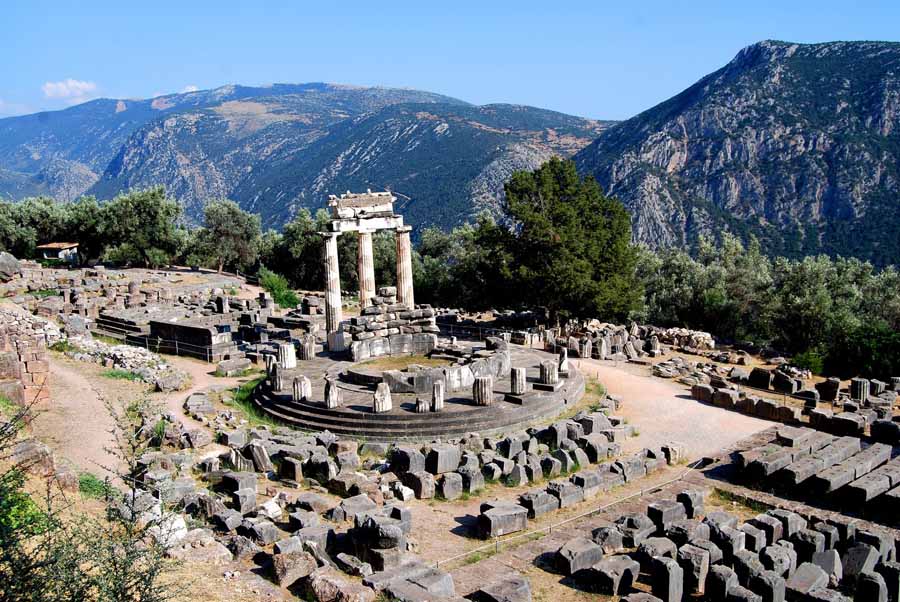 Going up the captivating Archaelogical Area, the first thing we will pass by in the Kastalia fountain. A characteristic monument is that of the temple of Athina Pronaias. Next you will pass by another impressive construction, that of the Athenian Treasure. Further down you will see one of the most impressive Ancient Greek Theatres of the world which will impress you by its size and its location. Further down is the area where the Pythia Games took place, the second most importand events after the Olympic Games. The most significant building is that of the temple of Apollo. Inside there was “the bellybutton of the world”, the meeting point of the two eagles which according to the Myth were released by Zeus towards the East and the West, untill they met on that spot of Delphi. In there, Pythia gave oracles after chewing on Daphne leafs and inhaling the smoke of burned herbs. The Delphi Museum is just as fascinating and should not be missed! 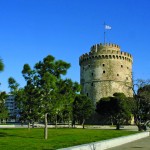 Thessaloniki: the capital of Greek food! 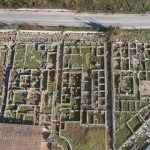 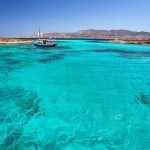 Antiparos, at the heart of the Cyclades 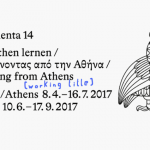 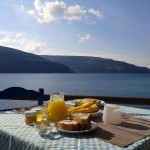