home Destinations, Historical, Mainland, Romance 5 Oasis in the Center of Athens for Cool and Amazing walks!

In the very center of Athens, an absolute “blue” getaway is the alleys of Anafiotika -a handful of Cycladic houses on the northern-east side of the sacred rock of the Acropolis- which are part of the old historical neighborhood of Plaka and reminds a quiet walk in a Cycladic island. Historically, during the kingship of Otto of Greece, most of the residents of Anafi island came to Athens to work as the builders for the refurbishment of the Palace. Internal Immigrants were mostly marble and stone carvers and created ‘shinafia’ (groups of expert workers). In the 1860s, they first settled in the area of nowadays Exarchia. Two famous builders from Anafi -Giorgos Damigos and Markos Sigalas- build the first houses on the northeast slope of the Acropolis Rock, according to typical Cycladic architecture. Many follow the same way and take advantage of each ditch and each overhang, being already familiar with the harsh geomorphology of their island.  They created the settlement without a building permit in the late 19th century. In 1922, Greek refugees from Asia Minor also established here, altering the population that was up to that time only from the Cycladic islands. In 1950, part of this neighborhood was destroyed for archeological research and in 1970 the state expropriated the houses. In the modern era, there are only 45 houses remaining where combined with cobbled paved paths, ladders, deadends and bougainvillea flowers, compose one of the most romantic sceneries in the city. A secret beauty is the terrace next to the house with the number 34 which gives a breathtaking view across the city. As an extra tip, a beautiful and “unknown” walk that will take you to Anafiotika starts from the summer “Cine Thissio” in Apostolou Pavlou Street, where you will find a walkable dirty road, which will take you to the settlement within 25-20 minutes at the end of the Acropolis. Filopappou hill is the extension of the Acropolis hill to the southwest and one of the most beautiful places in Athens. During ancient times, Filopappou hill was considered sacred, also known as the Hill of the Muses. According to the legends, the nine muses resided here, blessing fortunate artists with their divine gifts. Also Filopappou Hill – along with the neighboring Hills of the Pnyx and the Nymphs – was, according to Plutarch, where Theseus and the Amazons did battle. In the 4th and 5th centuries BC, defensive fortifications – such as the Themistoclean wall and the Diateichisma walls– extended over the hill, as you can see by their extensive remains today. It received its modern name after Gaius Julius Antiochus Epiphanes Philopappos, a prominent Roman consul, administrator and well-known benefactor of Athens, whose burial monument was built on the highest point of the hill in 115 AD, and is still visible from a great distance -although in ruins- today. Both the hill and its surrounding parks are abundant with wildlife, giving a home to nearly 100 different species of birds, land tortoises and unique native plants. The smells of Mediterranean vegetation, the bucolic sconces and the compatible creation of the famous architect Dimitris Pikionis, in the development of its paths, make the walk a must-seen in order to complete the ultimate Athenian experience! Above all, is the excellent view of the mountains around Attica, the port of Piraeus and the Saronic Gulf. You can access the hill either from “Dora Stratou Theater” near to Petralona metro station or by the paved path to the top starts near the kiosk on Dionysiou Areopagitou facing directly the Odeon of Herodes Atticus. Don’t miss out the beautiful byzantine Church of Agios Dimitrios Loumbardiaris, which contains fine frescoes, and make sure to find the small signs leading you to Socrates prison. A cool shelter, flowers of many bird species, two lakes with ducks, a small zoo are breaths of beauty and nature, in the heart of Athens. The National Garden, embraces the Parliamentary building and extends from the Presidential Palace, the Maximou Mansion, the Kallimarmaro and the Pillars of Olympian Zeus up to the gardens of Zappeion and is a green oasis in the center of Athens. It was the garden of the Palace of the first royal couple of Greece, Otto of Greece and Amalia and was delimited in its current size of 155 acres in 1839. The impressive Zappeion Mansion was completed in 1878 by the Danish architect Theophilus Hansen. It is a semi-circular neoclassical building with a Corinthian propylon. The Garden itself is a botanical museum for anyone reading the signs attached to the trees and an archaeological museum with scattered ancient parts. Its rich vegetation includes many imported species, brought by the agronomists of the Queen Amalia, while is also enriched by endemic plants. Easily accessible, you can find the National Garden just behind the parliamentary building. It is open to the public all day long. Strefi Hill is located in the top edge of the neighborhood of Exarcheia in the center of Athens, northwest of mount Lykavittos, with an astonishing 360 degrees view of the city. The hill was originally called the ‘hill of Aghessmos’, as it is believed that the statue of Aghessmos Zeus was placed there, in antiquity. Since the 19th century, the owners were the Strefi family, from where it later took its present name. Strefis was the owner of a stone quarry in the 1840s on the Hill. In the 1920s its operation was suspended and trees were planted on the hill creating a beautiful green space on the then suburbs of the city. In the 1930s, the stone theater, the pedestrian streets and the playground were built, as well as a shelter securing from bombing. In 1963, the Strefis family handed over the hill to the city of Athens while the hill was renamed after their name. Even obviously under-cared, the green hill with a panoramic view of the nearby neighborhoods is still a must-seen walk during the day. Getting there is really easy as you follow the Emmanouil Benaki Street upwards, until you see the stairs that lead to the hill. Ardittou Hill combines rich archaeological history, romance and an endless view to the Acropolis, Lycabettus, the Columns of Olympian Zeus, the Filopappou Hill and the sea. The hill is named after the philosopher Arditis who inspired the Athenians to have an agreement and love between them. It was also the hill in which the 6.000 jurors of the ancient Athenians supreme court of Heliaia were making a vow, once a year. It lies east of Ilissos and opposite the Agras Hill, right above Kallimarmaron Stadium that was built on 330-329 BC and it was used for the Panathinaia athletic games. Quiet and secret paths, mystic view, the hill is a favorite spot amongst Athenians for romantic strolls or jogging as well. A must-see is the Temple of Agrotera Artemis where Athenians made a vow for their Marathon victory, about 2.500 years ago. Its main entrance is from Archimedes Street in Mets Area –a graphic neighborhood, ideal for walking in its alleys for taking a glance in the ‘Old’ Athens. 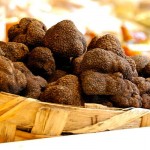 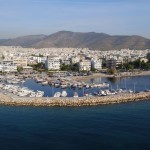 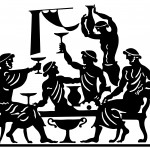 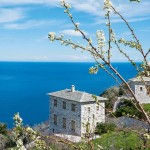 The Magnificent Tsagarada Village in Pelion 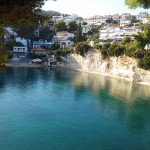